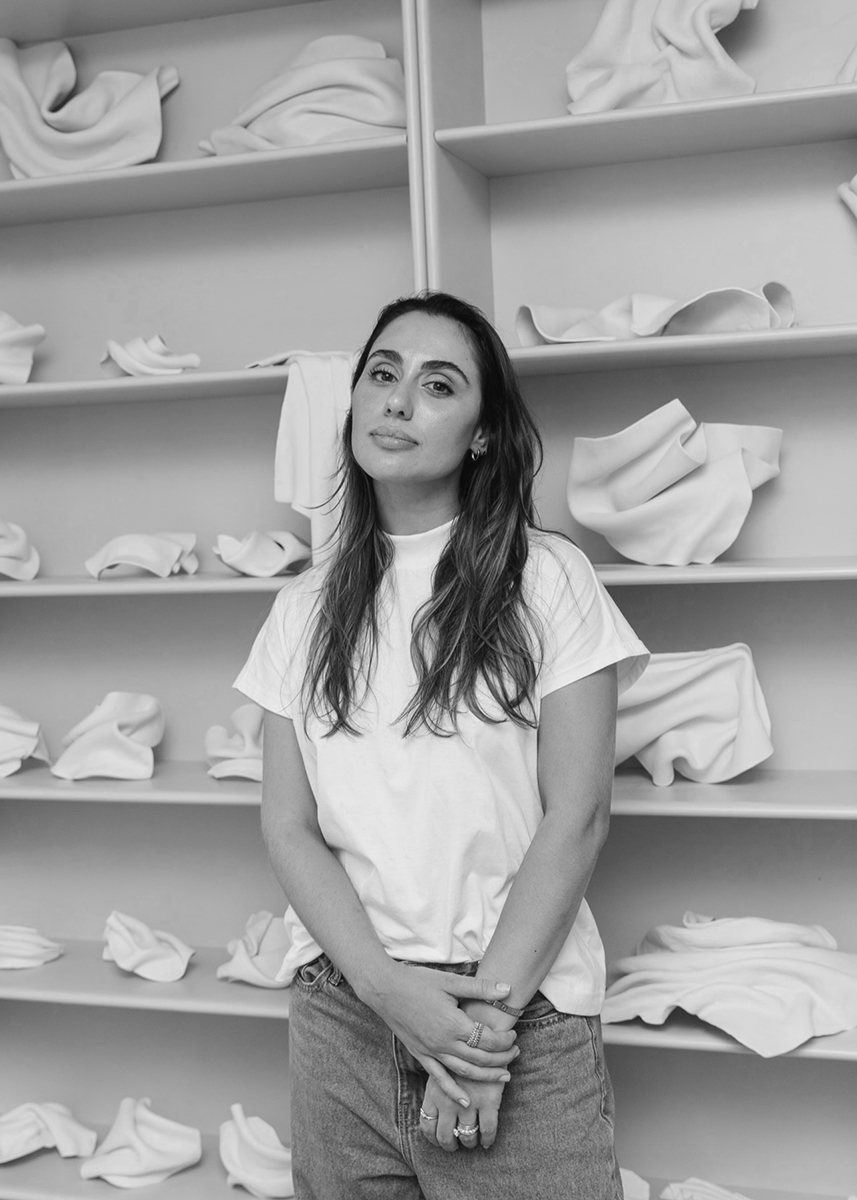 Natasha Bernardo researches and reproduces, incessantly, the concept of eternity within the movement simulated by natural fiber fabrics and shapes of nature in sculpture.

Based on moulage, a technique created in France by Madame Vionnet in the 1930s, as a study of three-dimensional shapes in the human body, with the aim of creating extremely fluid and natural draping, moulage reigns as the main technique in Bernardo’s work. Coming from the artist’s extensive background in fashion ateliers, Bernardo seeks to materialize and perpetuate, through sculpture, fantastic scenes in which the image of movement is reproduced by the silk drapery applied to the human body in sculpture.

Born in São Paulo , Natasha Bernardo graduated in Fashion Design from Fundação Armando Álvares Penteado, being awarded at FAAP Moda. Her trajectory in the fashion market was marked by extensive work in the area of ​​tailor-made, exploring the art of porcelain in dresses as a fusion between art and fashion. Romantic and classic fashion influences merge with a modern and sober spirit, as in a marriage between the eternal and the new, a concept further explored in her sculpture work.

In her first series, named “9 Months”, the artist reproduces almost in a growing verticality of her works, the technique of moulage applied to sculpture, all of them made in clay, with the series throughout its chronology, gaining height, sizes and increasingly expressive forms, in a allusion to the process of her pregnancy. The work originates from the memories lived within the artist’s family, who, after the birth of her children and contact with motherhood, pondered the concept of the eternal and movement.

As in a rebirth of herself, Natasha found herself outside the fashion ateliers exploring new raw materials in the quest to immortalize a perfect moment, where the fluidity and strength of silk in clothing materializes perfect shapes and imagery, however, without the possibility of becoming eternal. In constant experimentation with form, Bernardo created her series of works in an organic way, in parallel with the turmoil of emotions that human beings experience when reinventing and rediscovering themselves as beings.