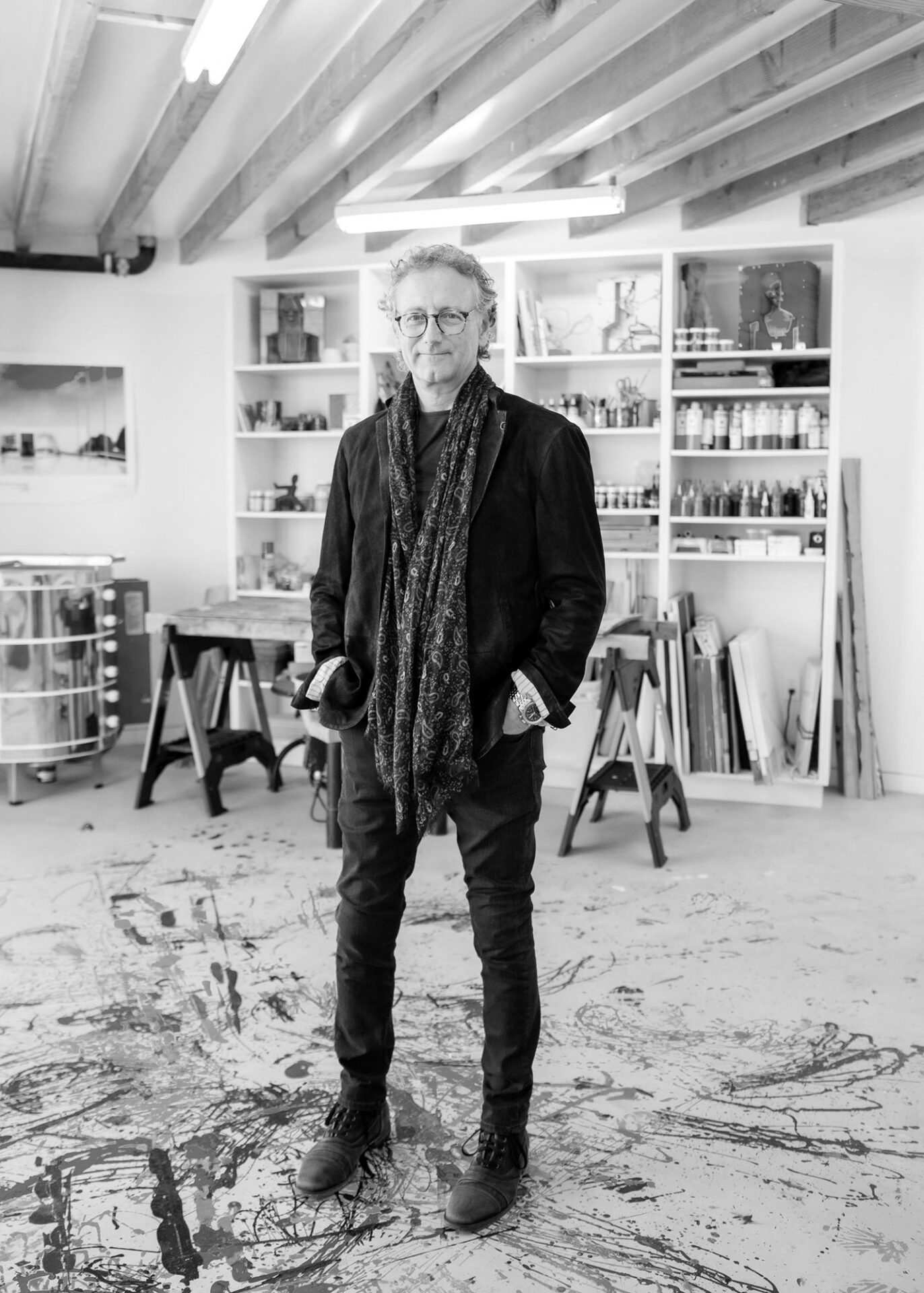 Informed by his training as an architect, Lawrence R. Armstrong draws inspiration from compositions in nature and the built environment. He is intrigued by the natural tension between opposing forces – Solid/Void, Chaos/Order, Random/Precision.
Unannounced initial thought may derive from music, written text, built or natural environment, person, mood, event or any combination of the above. A concept gestates for days or weeks, until the appropriate media becomes clear. The piece then comes to life very quickly. A series results, produced in rapid succession.
His influences come from the modern architecture and art world including: Le Corbusier, Meier, Eisenman, Pollock, Chihuly, Warhol, and Arnoldi. A proud alumni of Kent State University, Lawrence received his Bachelor of Architecture (1980) and his BS in Architecture (1979). His study abroad in Florence, Italy also greatly influenced his art along the way.
Lawrence shows internationally and is the chairman of international design firm, Ware Malcomb.

Layered Vision. My work, both in Art and Architecture, is an ongoing exploration of the concept of Layers. I have always been aware of, and fascinated by Layers in the Natural and Built Environment. Layers in Space and Time. Layers in Intellect, in Emotion. Synthesis and Interpenetration of Form, of Solid and Void, of Chaos and Order, of Simplicity and Complexity.