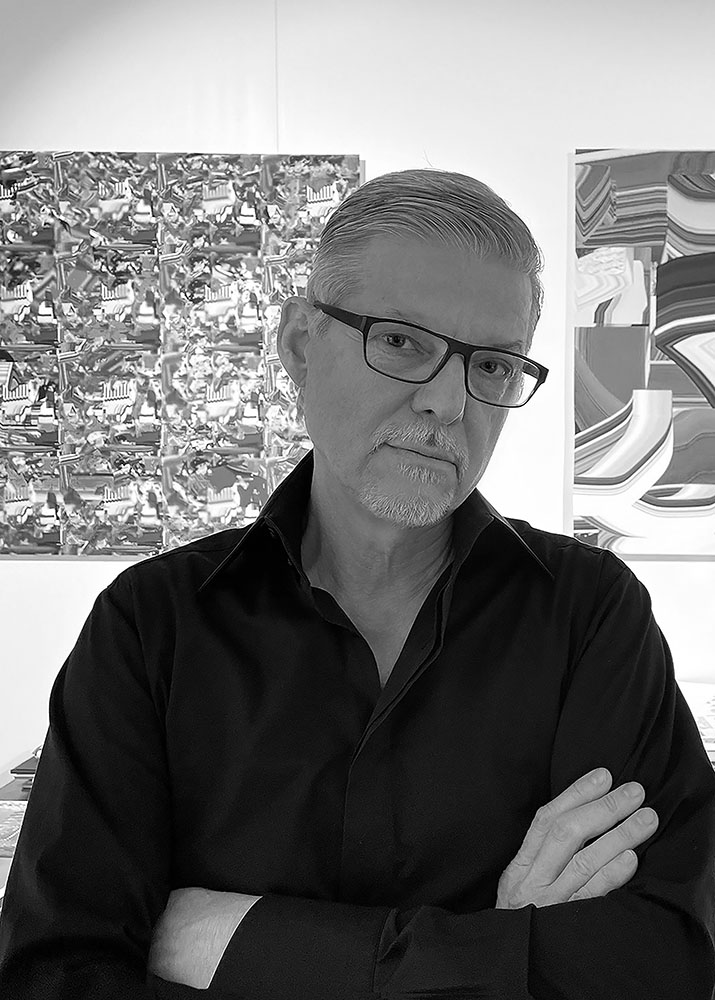 Wolfgang Voigt, born 1961 in Cologne, Germany is an internationally established artist and producer of electronic music. His creative body has always been characterized by complexity,boundlessness, unpredictability. The negation of the bounds of genre, style and taste has been and still is today a crucial element of his body of work, just like the uptake / quotation and processing of external contents through universal sampling. Having been socialized in the pop culture of the 1970s and 80s, Wolfgang Voigt has since been creating his very own art-music cosmos influenced by glam rock and jazz, new wave and folk music, pop art, and digital expressionism. His audiovisual project GAS, based on psychedelically-compressed classical sound sources in combination with ecstatically-focussed forest photographs and films, particularly fascinates audiences far beyond electronic music.

Both his musical and pictorial work has Wolfgang Voigt mostly follow strictly conceptual principles, which he repeatedly refines and variegates. Besides a predominantly sample-based, rather freely abstract to gestural musical and figurative language, it is the loop principle that has fascinated Voigt all along. The static or varied replay of minimalistic-repetitive structures, birthing certain patterns, and shapes. A way of thinking that is also very much influenced by the structure of computer-based music programs, which is visible in Voigt’s work in various ways. And although or maybe because of the computer being Voigt’s primary artistic medium in both disciplines – and Voigt mainly considers himself a digital artist – he occasionally transposes his conceptual, mostly serial ideas to the “live” instrument (Piano) or “real” color (machine painting).