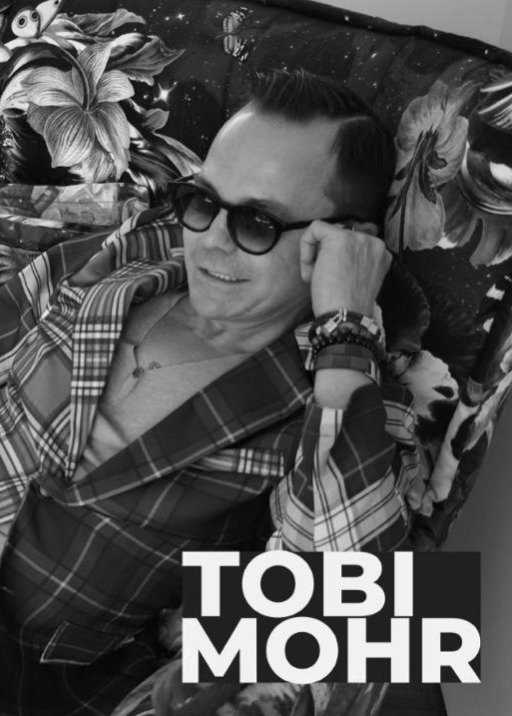 “Gentleman vs. Devil”
Who is this man who, like few others, lives opposites and at the same time unites them?
Tobi Mohr was born on May 6, 1976 in East Germany and fled to Düsseldorf with his parents (doctors) as a child and grew up there.

After graduating from high school with a focus on art, he briefly studied art, but then gave in to social constraints and went into business.
Successfully became the youngest (24y) Director in the software industry in Europe and worked for numerous international corporations.

….suit and tie, including tattoos….

Dusseldorf, Berlin, Zurich, Munich were his long-term stations that shape him. At least he is spending most of his time between on the island of his soul , Mallorca and the mountains of Switzerland.

He hasn’t hidden his tattooed body even in business, has always remained true to art and may even have brought art into the software business.

The “art” of activating people, inspiring them, bringing them together and generating ideas.

Since 2017 he has devoted himself mainly back to his art and developed, among other things, his own technique of creating paintings “ARTWRAPPING”.

Is he a gentleman or a devil, decide for yourself

1999 Graduated high school with a major in art
2000 Art Akademie Düsseldorf
2000 different exhibitions in Düsseldorf, Berlin , Munich
2001 start of work in IT industry
2004 appointed as youngest Director in IT business
2017 step out from IT sector and new focus on arts again

2017 development of “ARTWRAPPING” technique by MOHR

As an artist I always want to keep the world thinking but also understanding.
My Paints are always, ambiguous, critical but mainly the also have to be decorative and not boring after a while.
My goal keeping people thinking deeper than the obvious and giving people something to enjoy.