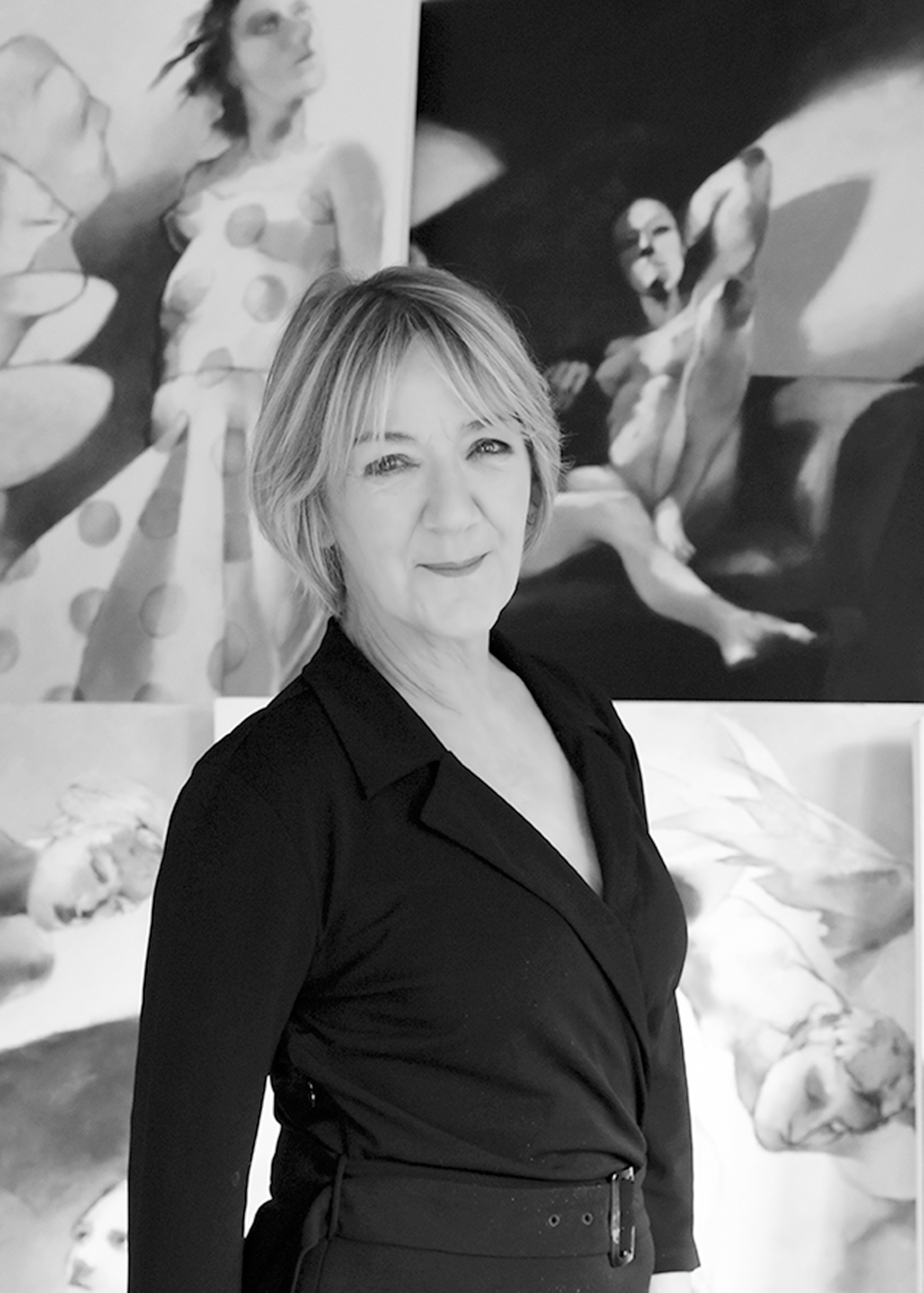 IN A LANGUAGE OF HER OWN CREATION, VESELY INJECTS MUNDANE SCENES WITH A SENSE OF MYSTERY AND MAGNETISM.

Lying in a pram somewhere in England in the early 1950s, a baby looked up, mesmerised by the way leaves on the tree overhead were silhouetted against the twilight sky. In that moment, Vesely’s artistic fate was sealed. The blue of a dusk sky, the orange of a huge baked-beans poster and the incredible beauty of coloured glass are indelible memories from this time. Art chose me.

Born to Anglo-Czech parents, she was a child prodigy, drawing naturalistically from the age of three.

Vesely has a Manifesto;

I have developed a language that I call Anominalism from the unconscious mind, which is generic and relates to everyone’s subconscious. The approach of painting the generic appearance of the world, rounded down by memory, contributes to a sense of distance and paradoxical familiarity with the dream-like figures and spaces depicted.

In an aesthetic sense the work is, cross between Michelangelo and Francis Bacon, she says. The surface is intentionally beautiful although the concept is not decorative. She paints nothing from life, I have a 3D model in my head, which I can turn in all directions. It is perhaps this method that contributes to the sense of weightlessness in her images.

Vesely teaches drawing at The Art Gallery of NSW. She is represented in Australia by West End Art Space.

‘Anominalism.’ I use my memory to make invented and abstracted pictures of people and spaces. The memory of appearances is a language which connects us at a level deeper than speech. Appearances exist only in the vision and they have no names.

Our continuously specific visual experience forms models in the mind, which become generic models when simplified by the filter of memory.

Easy to read, my figurative images draw the viewer in to engage with the dream-like process of remembering and with interpreting what is signified. The messages within each painting are the results of the process, like something washed up on a shore