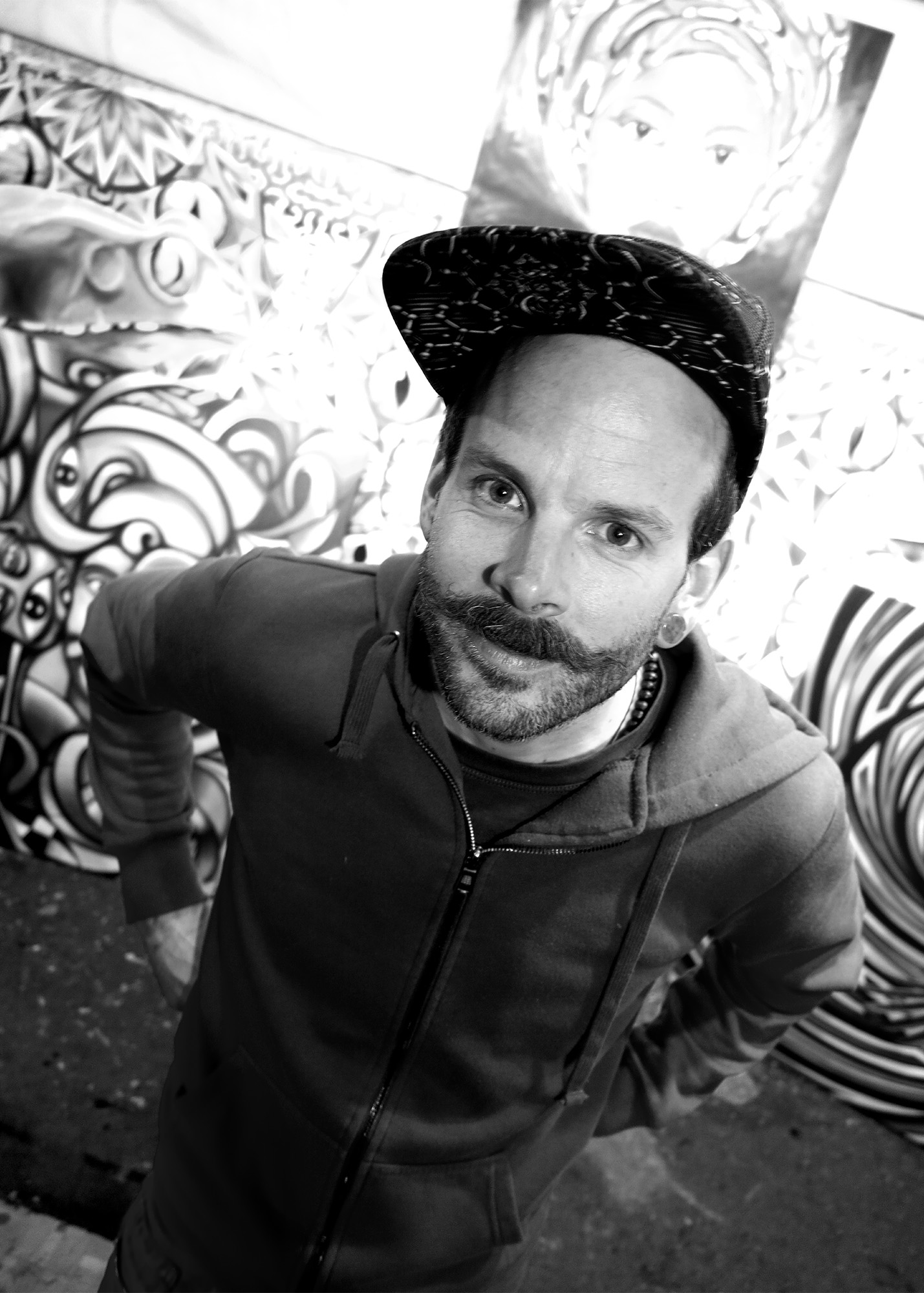 Surrounded by the majestic mountains of the Austrian Alps Simon Hafele was born in 1985 in the western part of Tyrol where he found inspiration in the picturesque beauty of the fundamental elements of nature. There he could explore his artistic pathway, causing Simon to seal his own fate”he would follow the calling of his soul and devote his life to art. After having travelled to India, Cambodia, Nepal, Thailand and Laos for longer periods of time, Simon brought back the kind of inspiration, which would turn out to be vital for his evolving. Numerous experiments with different types of colours and light preceded his unique style”a visual language that translates the in-between, the transcendental experience of (yet) unexisting worlds into intriguing paintings with bright and often fluorescent colours, leaving behind an unmistakable trace of recognition. Simons »Visionary Psychedelic Art« is a practice, where the artist reveals his soul and shares his insights of a nonmundane reality. In Simons paintings the vivid colours reflect the artists desire for colourfulness in all aspects of life, which he then transforms into an invitation for the viewer to access alternate realms and otherworldly dimensions. The conundrum of his work reveals itself by surrendering to feeling: like in life”love, the mother of all emotions” is all spectators need to decode the overwhelming sceneries in Simons paintings. His works consume the viewer, offering a tender relationship between artwork and spectator, where they can lose themselves, wander in multiverses and simultaneously float back to the present moment, only to find more pathways down to the essence of life: truth.

My art should captivate the viewer so that they can get lost in the vast horizons of the present. What triggers me to create a painting are the emotions I want to pass on, which is also why people might identify with my works. Instead of letting myself or my art down on the spectrum of political or elite thoughts, I want the viewer to find truth when decoding my works. The layers I aim at are way above that and deal with consciousness and the highest off all. LOVE