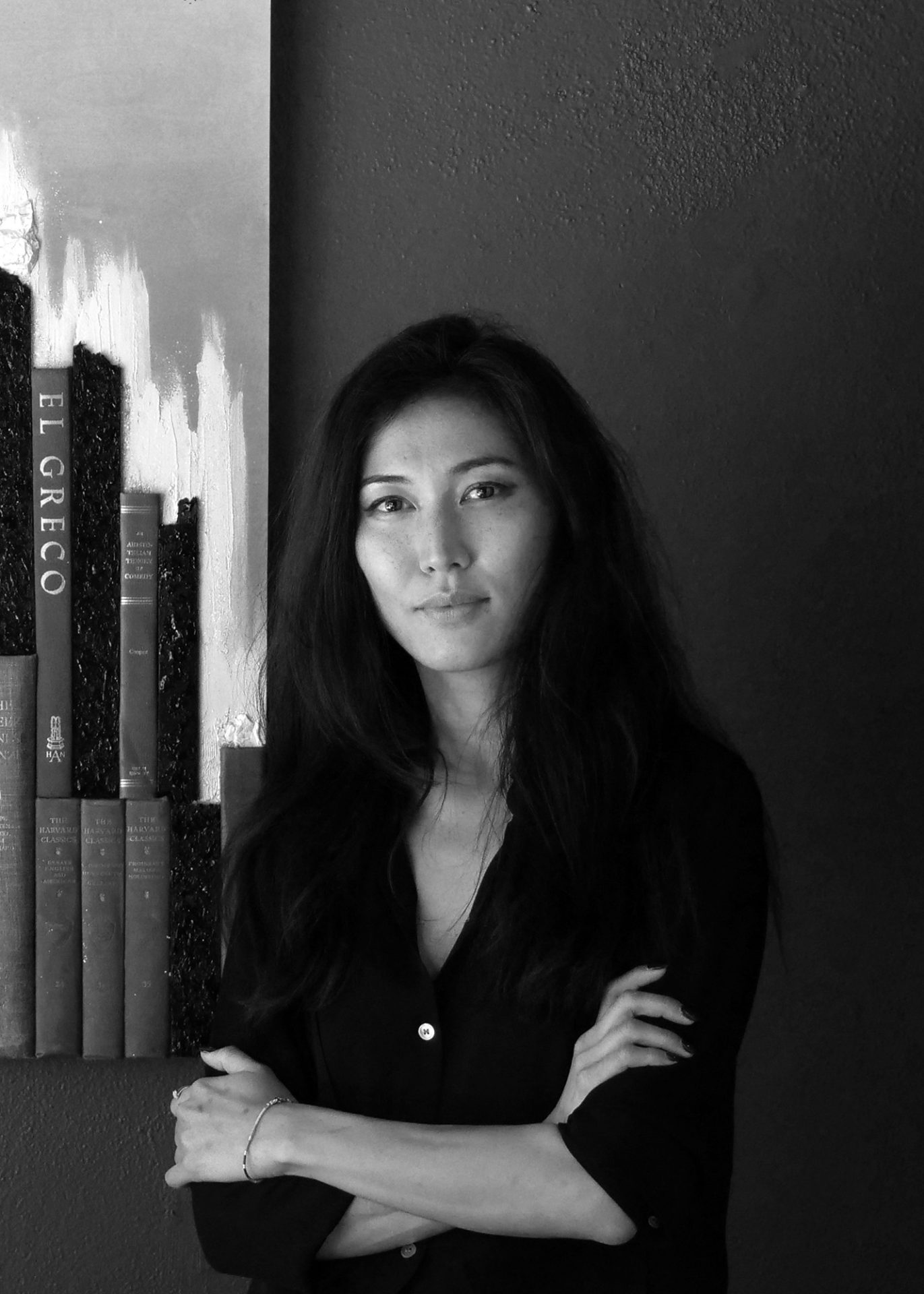 Radna Segal was born in 1991 in an ethnically diverse area of Southern Russia called Kamykia, where she was influenced by both Asian and European cultures. She currently lives and works in Boulder, Colorado in the United States.

Her textural, three-dimensional paintings feature dynamic composition and various experimental materials like plaster, foil, paint, glitter, and beads which create organic movement inspired by nature. Within her pieces, she uses an ancient, rare, and ornate Mongolian writing called “clear script,” that very few in the world know how to create.

My artwork is an abstract representation of many things from my past and present: the beauty of Caucasus Mountains of my childhood and my current home in the Rockies, the dark history of the Kalmyk people exiled for 13 years during the Stalin Regime and my experience of being an immigrant. I believe in the resilience of humanity. I hope my work opens your heart and inspires you to keep moving forward.