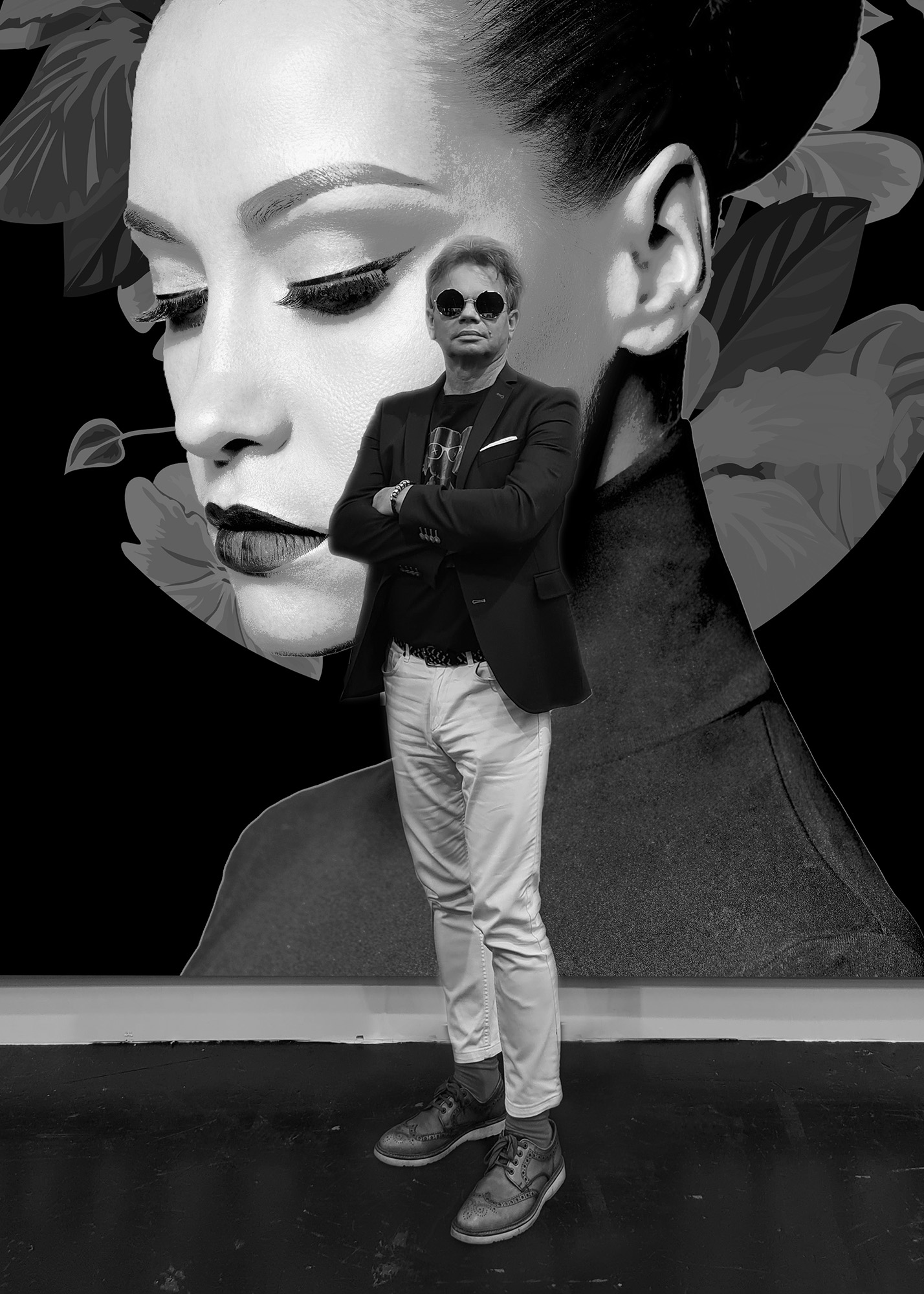 Paul Thierry’s distinctive, brightly coloured images juxtapose sleek and stylish subjects with a gritty urban backdrop where graffiti provides a stark contrast to high end brands or iconic characters. Paul’s unusual and unmistakable technique and presentation give his large scale works a unique intensity and effect. Each one is created as a monotype, a long established technique which he has developed in his studio and transformed from a traditional method into something dynamic and avant-garde. With the monotype (“one image”) only a single impression is produced. Instead of the original being painted onto canvas or paper, Paul uses a glass or acrylic plate as his surface. He then prints the motif onto canvas creating a monotype which can be clearly identified as such. Paul places the glass plate over the print and manipulates the image by moving the paint while it is still wet, after which he hand paints further elements to add nuance and expression. He then adds a whole new level of impact with an innovative presentation, mounting the glass and the canvas a few centimetres apart. This allows light and space to influence both the colours on the surface and the graphic structures, and when the two surfaces are superimposed, a complex image emerges. In this way, by staggering the versions of the image, he transforms a two dimensional work of art into a three dimensional one. Paul’s pioneering tributes to some of his favourite elements of popular culture are in great demand internationally and are held in many collections and public institutions. In 2006, the German government acquired the work ‘Berlin’ and he has exhibited in the Museum Abtei Liesborn (Warendorf. NW) and in the world famous7-star Dubai hotel BuriAl Arab Jumeirah.