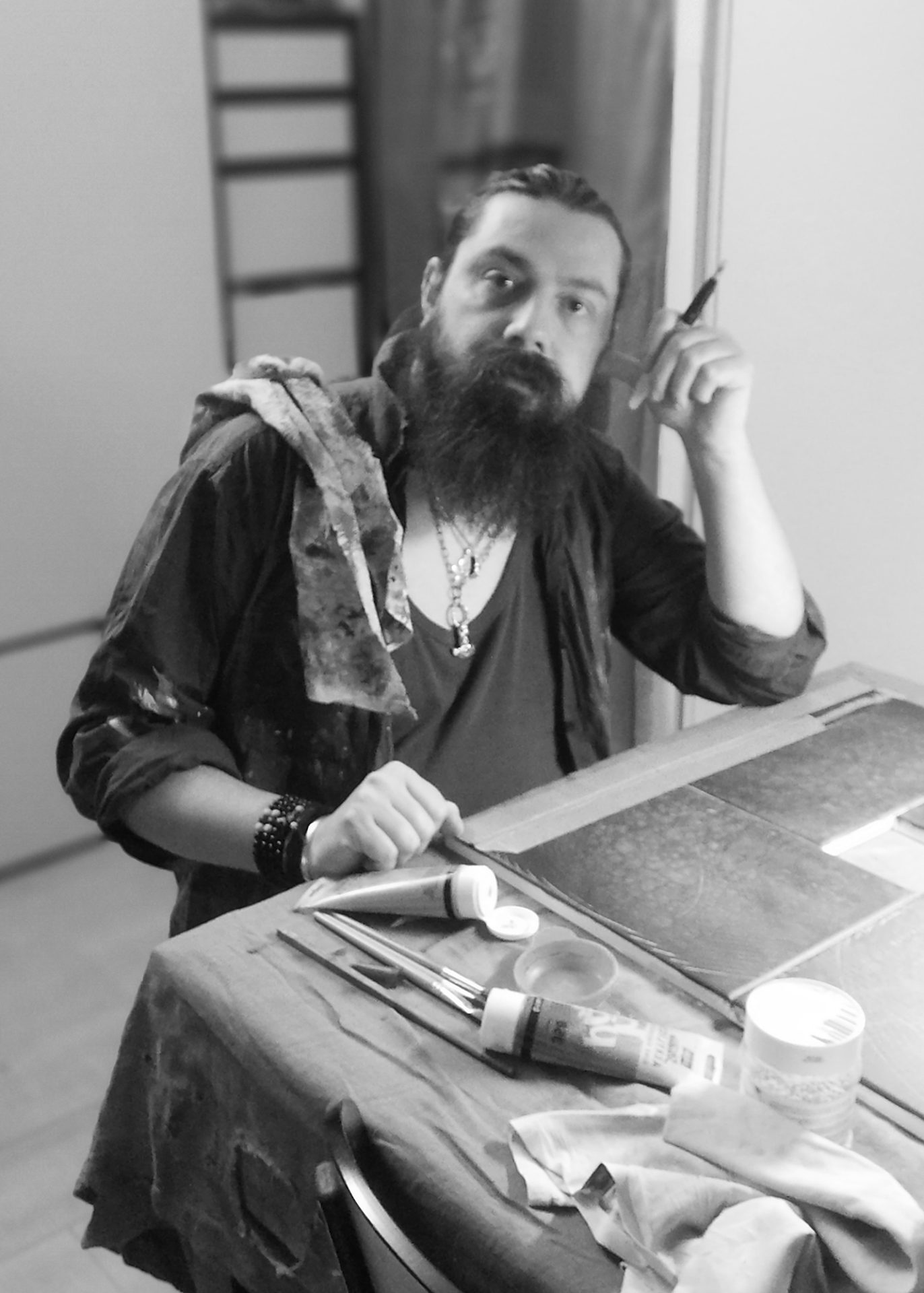 Olivier Petit-Helle is an autodidact French painter who began his career in 2020. He found his way into art
when in need of healing from difficult past experiences and since then, Petit-Helle has developed his art into
his own unique creative style.
The French artist is curious and likes to experiment alot and painting allows him to give a dimension to his
creativity. He likes the work of the material, the texture with impasto, the strong colors and the movement,
while remaining sober in his creations.
Light plays an essential role in the works of Petit-Helle, making the art works evolve according to the angle of
view or the ambient light. He also incorporates phosphorescence in some of his designs, making them look
different in the dark.
Even if he appreciates figurative art, the abstract remains for him a domain of predilection, in the hope of
transmitting some of the pleasure he obtains from painting through his works. The artist prefers when his art
touches the viewer in some way, even if it means that the viewer finds the art disturbing. Reactions and
emotions awakened by his artworks are an important part for Olivier Petit-Helle.
Although he is new in the art field, the artworks of Petit-Helle have already been shown to an audience in Italy,
United Kingdom and California. And this could be only the beginning.
Gina Cinnamoni – Art curator, Founder of the European Art Guide