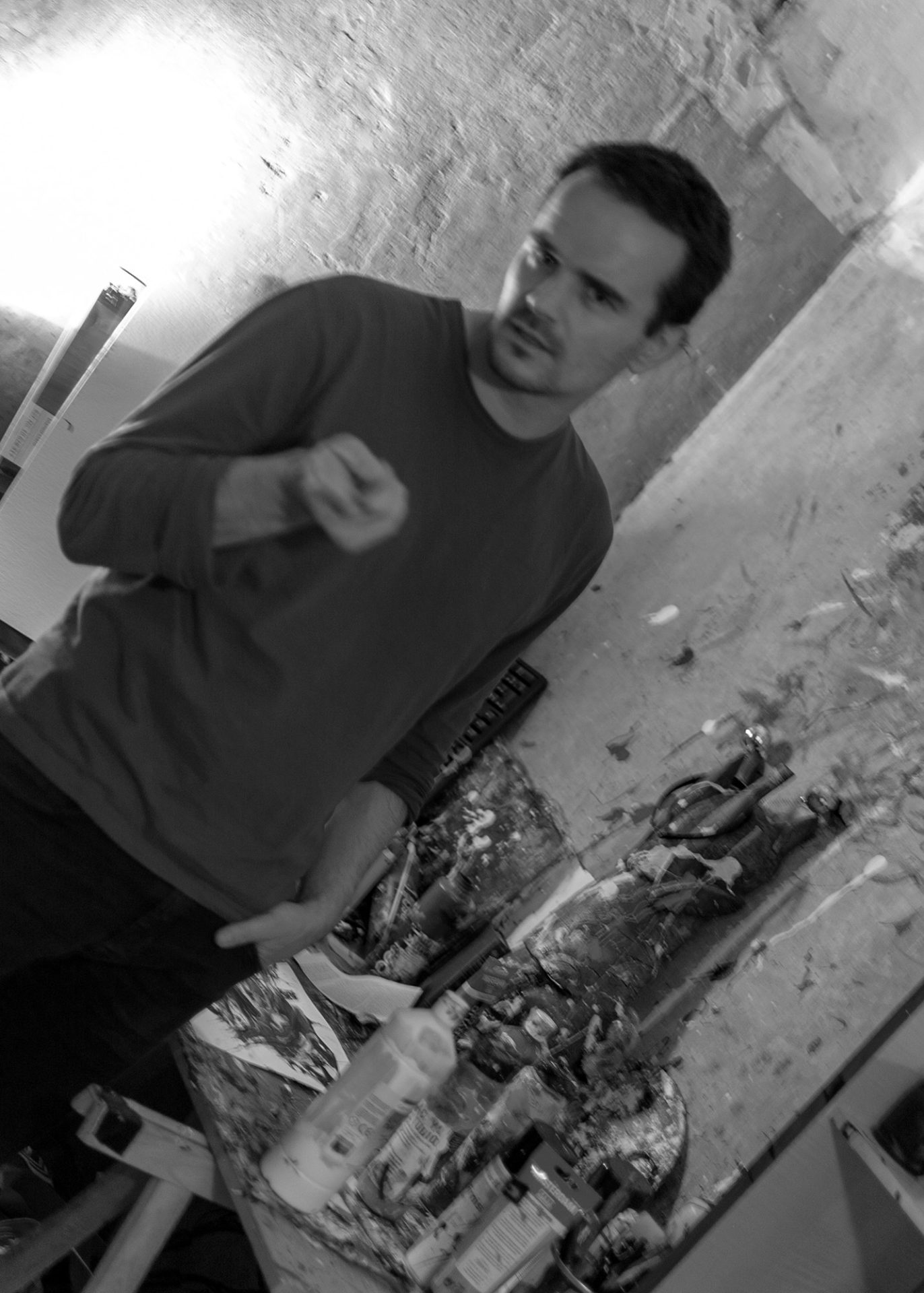 Born and grown up in the vicinity of three borders the artist had the challenging of thresholds and limits in his bloodstream before he even recognised it. Whilst surpassing the shackles of ignorance and pressure to conformity of his fellow inmates and leaving them behind in their bigotry, he never stopped fighting and struggling against this traits of society. Meanwhile the senses where sharpened and educated through the study of philosophy where he was touched and deeply moved by Nietzschean and Deleuzean thoughts. The Dionysian way to arts was always intriguing as a source, a well as well as a portal to the sinister, obscure and crooked spaces of mind. The Rhizom on the other hand prescribed a way to channel these thoughts and emotions in a horizontal, meandering, ever further reaching and evolving manner.

Once the path was set the artist didn’t realise their significance at once. Too narrow minded was he by himself. Too stubborn to accept the way was not that of paper and ink, but of paint. Years passed by and the resource remained untouched and dormant but nevertheless powerful and culminating. Until a point in time – some years ago – where the energy which drove him mad for long periods of his life, found its way to the surface. More than that – it was not just some passive releasing like opening a valve. It was a mere painful carving out the innermost guts of the unknown beast which is called the mind and a transgression of the ever menacing depths of the soul. This dichotomy of surface and depth, of emotion and thought as well as dualities which we encounter every day like the digital and the analog, the social and the individual, the political and the private body show themselves as being just one side of the difference-agnostic coin in the artists paintings. Every self-annihilating opposition is erupting and at the same time expunged through a manic, delimitating outburst and brought down upon the canvas with every stroke.

Getting caught up in the process is probably an overused when it comes to painting but to me it is a de-individualising moment. Some part of me – we may call it ego – stops to exist and there only a constant stream of expressions left. When I paint also try to bring this Deterritorialisation onto the medium.On the other hand I was always drawn to the rotten, the cast-away, that which did not fit any more in our efficiency-centric horizon of values. Giving them a new frame of importance and exposition thrives me. For that reason I try to use waste materials as often as possible.