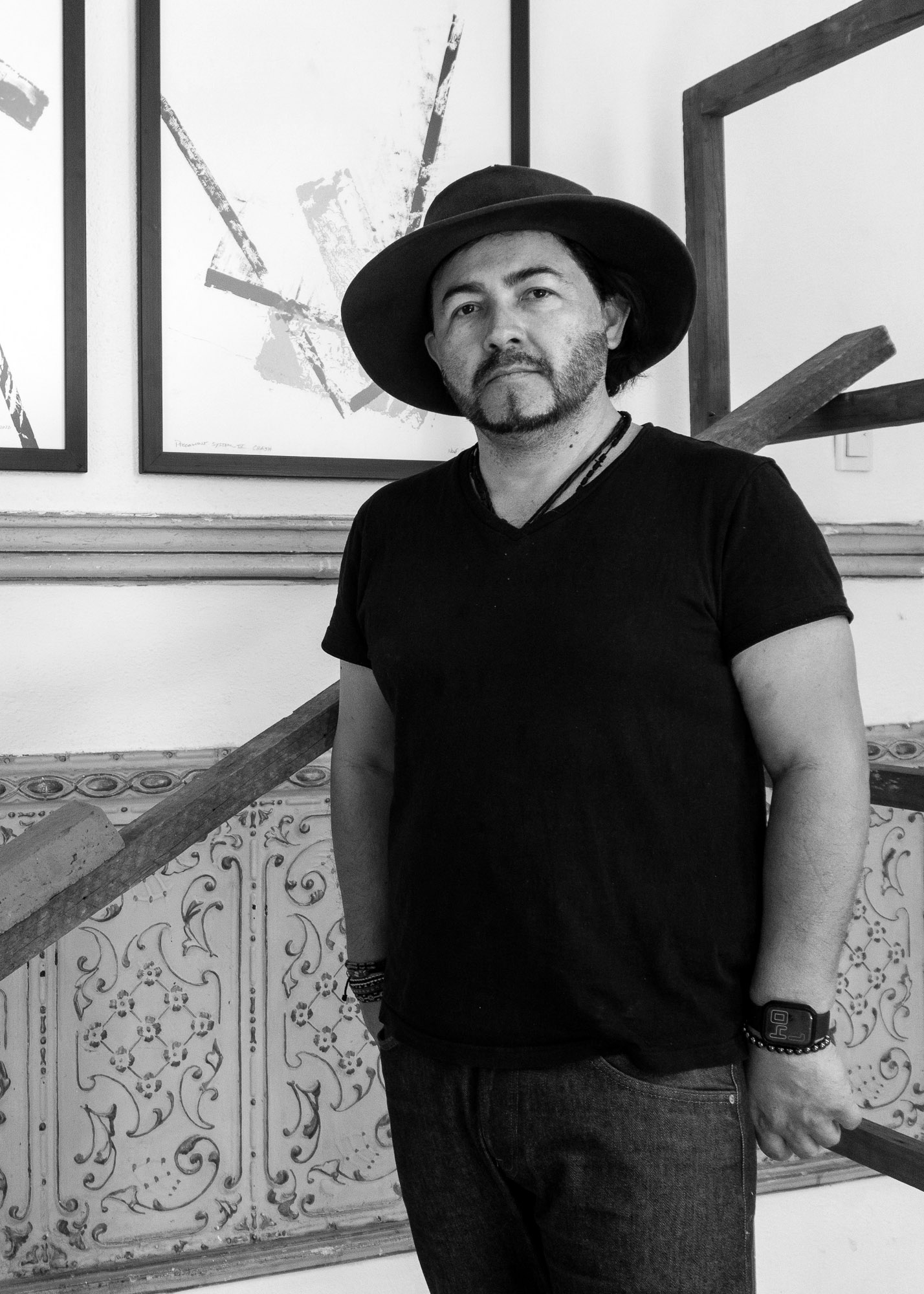 Noē Piña, was born in Los Angeles, CA as a first generation American. He grew up traveling throughout Mexico and in those travels visiting museums, galleries, and cultural institutes. He studied at The Los Angeles Music & Art School, Plaza de La Raza, Instituto Cultural Cabañas, Guadalajara, Mexico, Cal State LA, and Otis College of Art and Design where he received a Bachelor of Fine Arts. After College he helped establish and led the Arts program at Oxford International School, later he taught Art to inner-city students at Soledad Enrichment Action Inc. a non-profit organization founded in 1972 by mothers in East LA who had lost their sons to gang violence. He was then recruited by Sister Jennie Lechtenberg, SNJM Founder of P.U.E.N.T.E. (People United to Enrich the Neighborhood Through Education) There he taught Art and Language Arts in conjunction with a partnership from The J. Paul Getty Museum: Art & Language Program.

Noé Piña is a mixed media and installation artist based in Los Angeles, CA. His work is inspired by the concept of balance, of counterpoise “a factor, force, or influence that balances or neutralizes another.” He works with found materials used in construction, using terracotta bricks, nails, and wood fragments to create sculptures and installations that address the complexities of maintaining balance, from personal to social to economic. Noé explores the fragility, the precariousness in things, nature, and systems and how the forces of pressure and stress remain in or produce balance. Noé’s installations display an environment that is at once an environment of graceful balance and crude counterbalance, thus a sense of tension. The result is an anticipation of a disaster, the expectancy of a cataclysmic fall. Through his video projections, he reveals the catastrophic result of the pieces when they collapse as Noé removes their source of balance, stress, and weight – that typically being the bricks.