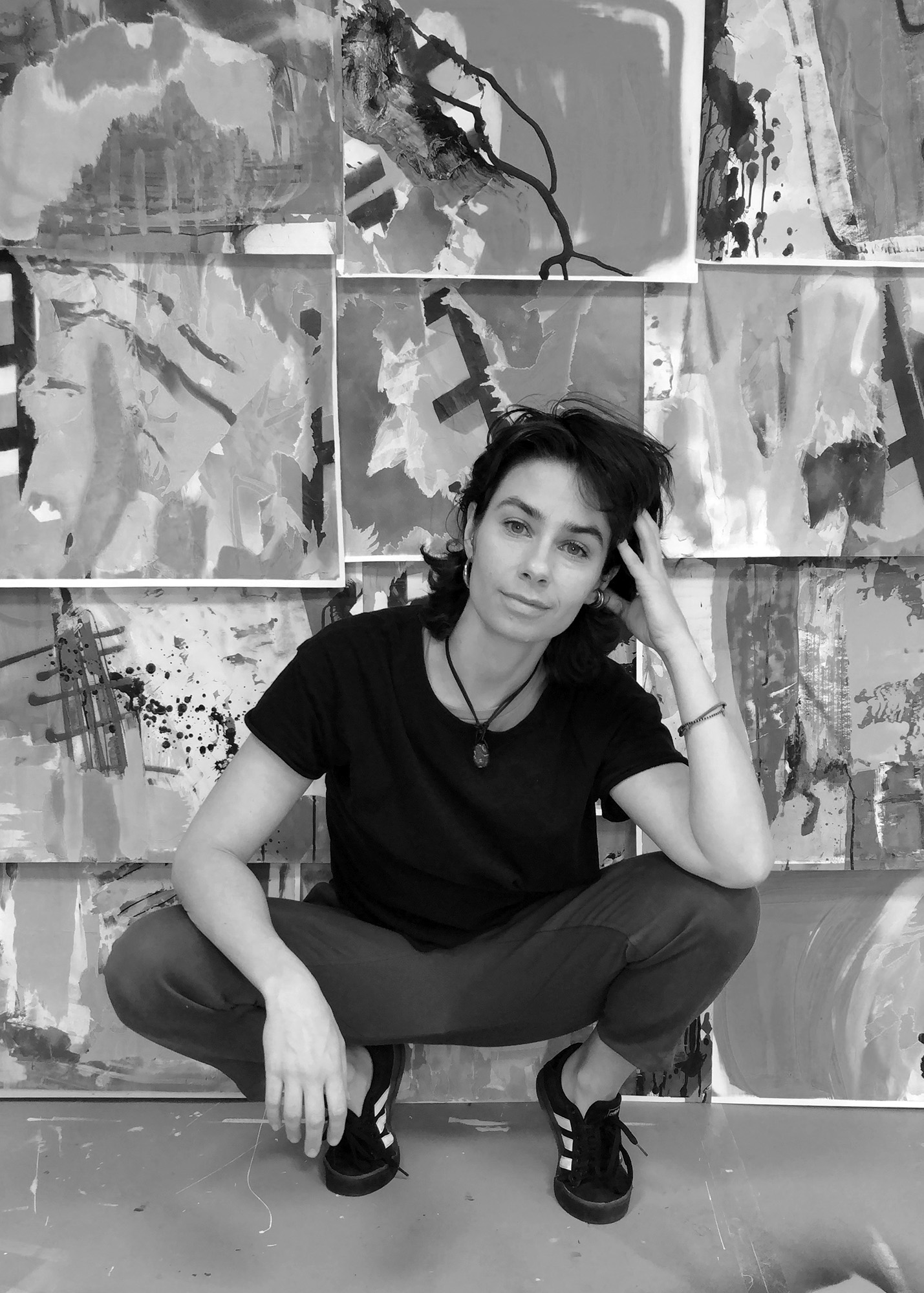 Nicole Gigatti (1986) moved to the Netherlands at the age of six and has moved nineteen times since then. From her early childhood, feeling at home and her physical environment became important elements in her life.

After her studies in Fashion Design and Communication at the art academy of Utrecht from 2006 till 2010, she decided to pursue her true passion of painting.

From 2014 untill now she has been combining painting, movement and researching the tactility of materials. In this process she investigates the formalistic methods of the contemporary art world and Street art culture. She is inspired by artist Katharina Grosse, Fabienne Verdier and street artist Pavel Rtue. She considers herself part of the post-vandalism movement in the visual arts.

Nicole Gigatti believes the organic, inner and still elements of nature and the mechanical, chaotic yet structured elements of the city relate to eachother. They are transformed by time and space and the validation of your own experience by reflecting on your place in it. Every step you take in life changes the perception of your reality, creating new meanings between the personal perception of your inner- and outerworld. Through your individual journey in life, the experience of making art is able to support your expression which create the narrative of your life. Her goal in this is process is to look for the balance between the symbolism of nature and the city in which she lives.