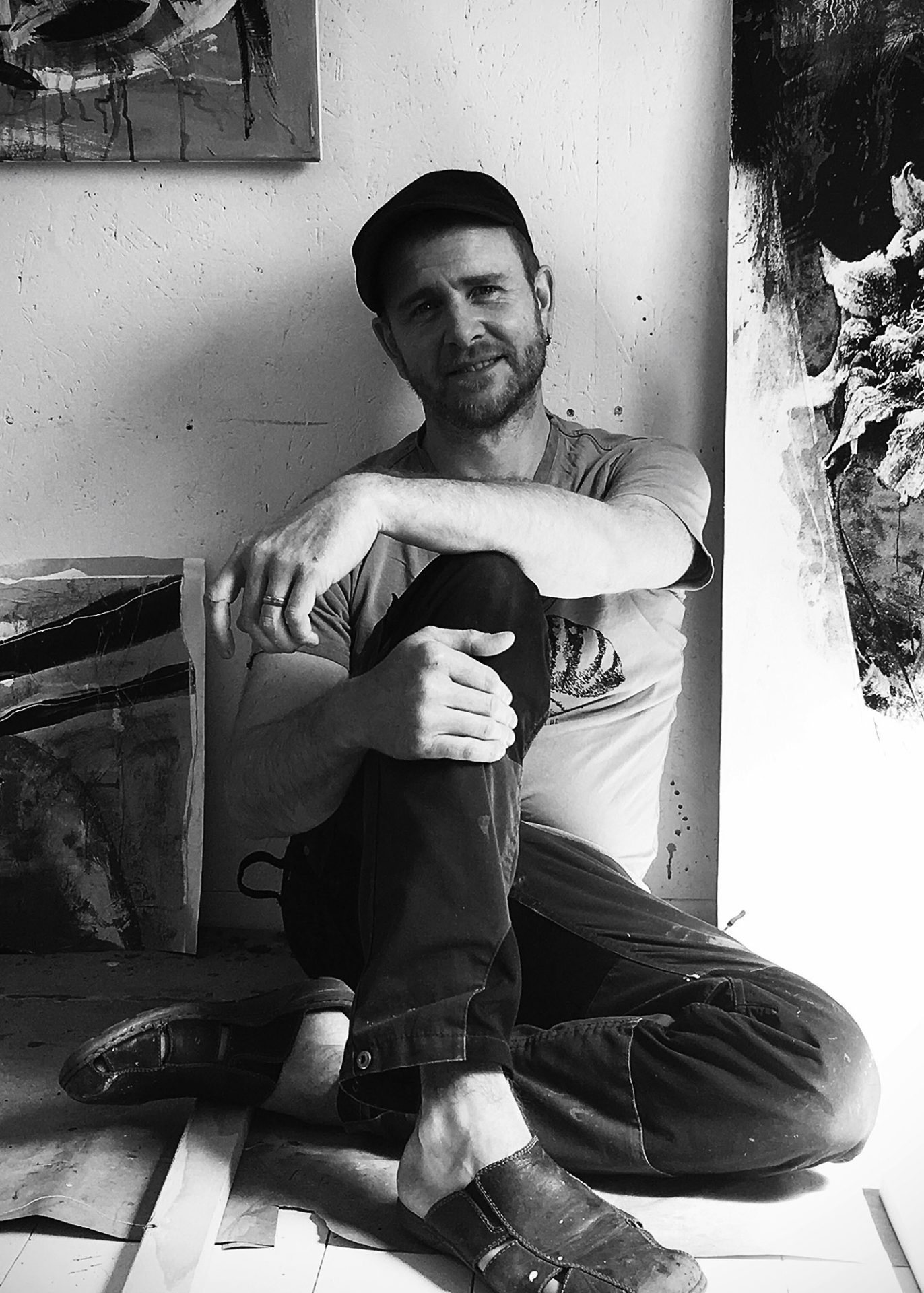 Lucas Nagel was born in 1974 and raised in Basel/Switzerland. He grew up in an artistic family, where the father worked as a musician and the mother as a graphic designer, and gained insight into art since childhood through them.

For the last 28 years he has lives and work in Sweden and underwent education in free arts in Stockholm and on Gotland. During the studies he also worked as an assistant and apprentice with sculptor Bengt Amundin both in Sweden and in Italy (Pietrasanta). After graduating, he started freelancing, bought a studio and did national as well as international exhibitions.

After a couple of years with less activity in the studio, due to his large family including five children, he now works continuously again in his studio, teaches as an art teacher and plans upcoming exhibitions. In his art, Lucas Nagel pursues his fascination with nature’s diversity, especially shapes and structures. The hunter’s and gatherer’s instinct is strongly present when he is in the wild, and several small finds later end up on the work table to be photographed or depicted. The photos will be processed by “destroying” or distorting them with collage and color and built up in a new reality that was not in its origin.

One of the core themes in Lucas art is to focus on the simple and beautiful details of reality in nature that we often let pass us by so fast that we do not take notice or feel connected. The thrive is to emphasize our origin and reconnection in nature, showing how to take advantage of it and at the same time, with humbleness and respect, participate.

Leaving your own lines, tracks and imprints requires courage. It is a way of defining an area, emphasizing something unclear or reinforcing a point, and that means you have to be aware, and show your intention and imagination. I feel that in the time we are now living, a lot of us pass by, so fast that we do not take the chance to see, admire and connect with the small and simple in reality. The large flow of information we receive is ready-made ideas. The ability to feel oneself and above all leave one’s own imprints is weakened or even overlooked. This leads to an inability to stop and let the thought sink into itself in order to gather reality-based experiences in a more reflective, tactile and conscious way.The fascination with nature’s diversity, especially forms, has always followed me. The hunter and gatherer instinct is strongly present when I am in the wild, and many small finds are put in the pocket and then end up on the desk. I photograph and print these natural ones, sometimes enlarged, so that I can discover the subtleties, details and structures. I also build sculptural objects, photograph them and return to get new forms of the already finished object.The fascination with lifting something out of its context and putting it in a new context I feel enriching. The goal of my artwork is to involve and put the viewer himself in an active and creative role, so that he or she can, at my best interpretations, be inspired to lift the gaze from the obvious and already given. I want to achieve a change of consciousness in the spectator so that he/she gets a seismological description of our situation: man in time.