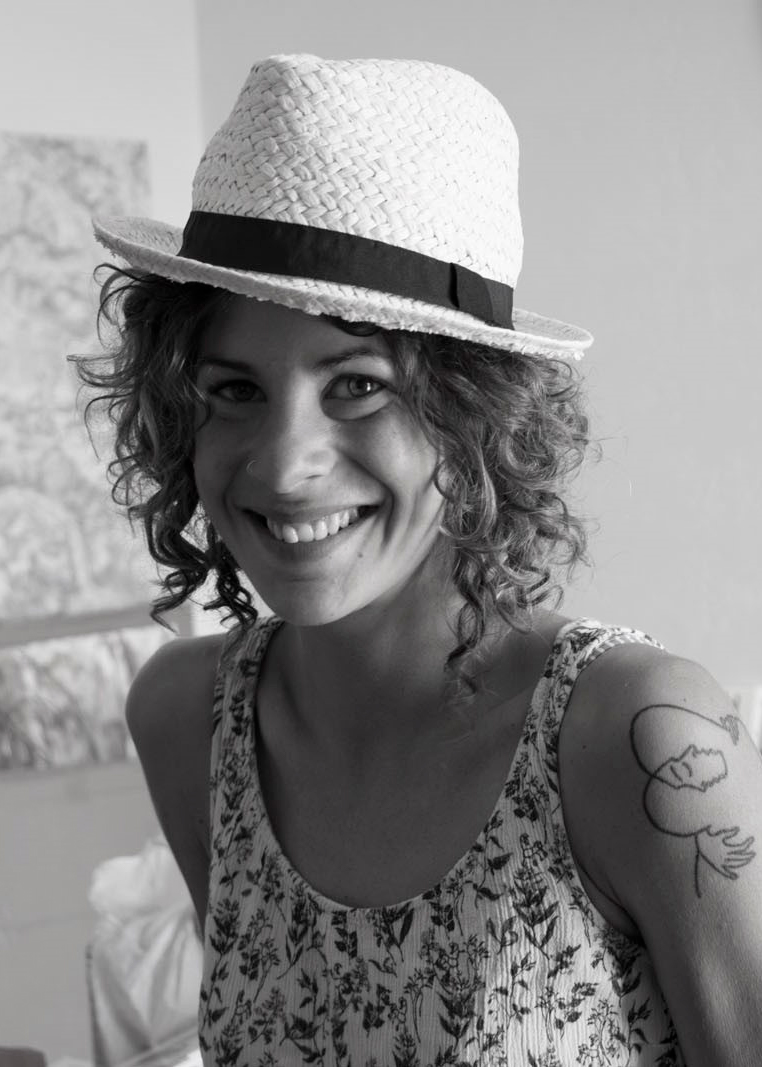 “Getting started in the movement of lyrical abstraction. The language of abstraction being for her, the language of freedom and self-liberation. Fascinated by the texture of surfaces, she decides to build her own experiences with pictorial matter. “The forager” therefore collects different materials that she incorporates into her colors. She often starts these creations by covering realistic works that she paints beforehand. Like erasing to start over on a story. She also practices the technique of “frottage” and just like hieroglyphs “incises” her canvas of markers and personal codes: crosses, doors and ladders.
At these beginnings, studies and achievements on the subject of disability and stigmatized female bodies, she decides to keep traces, misses on the canvas as a way of paying homage to them, through disappointing and damaged forms. An artistic pause, an inner journey, caused a kind of shock to now give way to more abstraction giving way to gestures, movements, colors, extensions of the body on the canvas by playing on the layers of matter, mediums, on the senses, with improbable, less conventional tools. She works mainly with “poor materials” and uses techniques of collage, scratching, laceration, tearing, associating paint with dust, sand or other mediums.
“The forager” who picks up here and there has made it her artist name. She collects as if to constitute a cabinet of curiosities with symbolic elements that appear on the canvases as a form of games to which one lends oneself easily: scribbling, sketches, words in mirror writing, letters, calligraphy, numbers, patterns…graphic signs in which everyone can find their own story, which feeds their style, their key word: “leaving traces, dirt, orderly chaos…” and which “appeals to their inner granddaughter”.