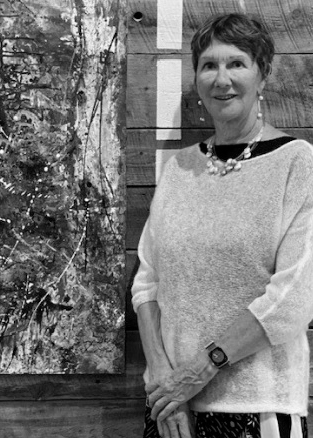 Pluridisciplinary artist, Helene is a photographer a watercolourist, mixmedia painter, sculptor et jewelry designer and producer.
She was born and raised in Montreal, qc, Canada.
After completing her classical studies and obtaining a Bachelor’s Degree in Political Science at Loyola College, she later enrols in the Plastic Arts program at Sir George Williams University, now referred to as Concordia.
While on a two year stay in Quebec City, she follows painting workshops . During this stimulating period, she discovers sculpture and copper enamel.
Upon her return to Montreal , Helene is initiated into the ethereal world of water color with a chinese master and completes her apprenticeship studying with the sculptor, Andre Turpin. A few years later, she attended various workshops in different acrylic painting techniques
At the Allende Institute in Mexico, she experiments with lost wax technique and creates her first bronze sculptures. In Montreal, she further applies these techniques to her unique jewelry creations.
Prolific artist, Helene DeSerre’s work has been recognized internationally through numerous exhibitions in Canada, Spain, France, Mexico, Portugal, Tunisia and the Czech Republic. She has received several awards in painting, sculpture and photography

Art is my oxygen

An avid photographer since early childhood, fiercely passionate for adventure and travel, I am fascinated with exploring the many diverse cultures and the intense beauty of this planet.

I love to capture vivid landscapes, authentic, down to earth people and unsuspecting organic elements.

Then back in my studio, using various media, I love to create a new and mysterious universe using transparencies, textures and vibrant colors evoking both the surrealism of the images and the mysteries of nature.