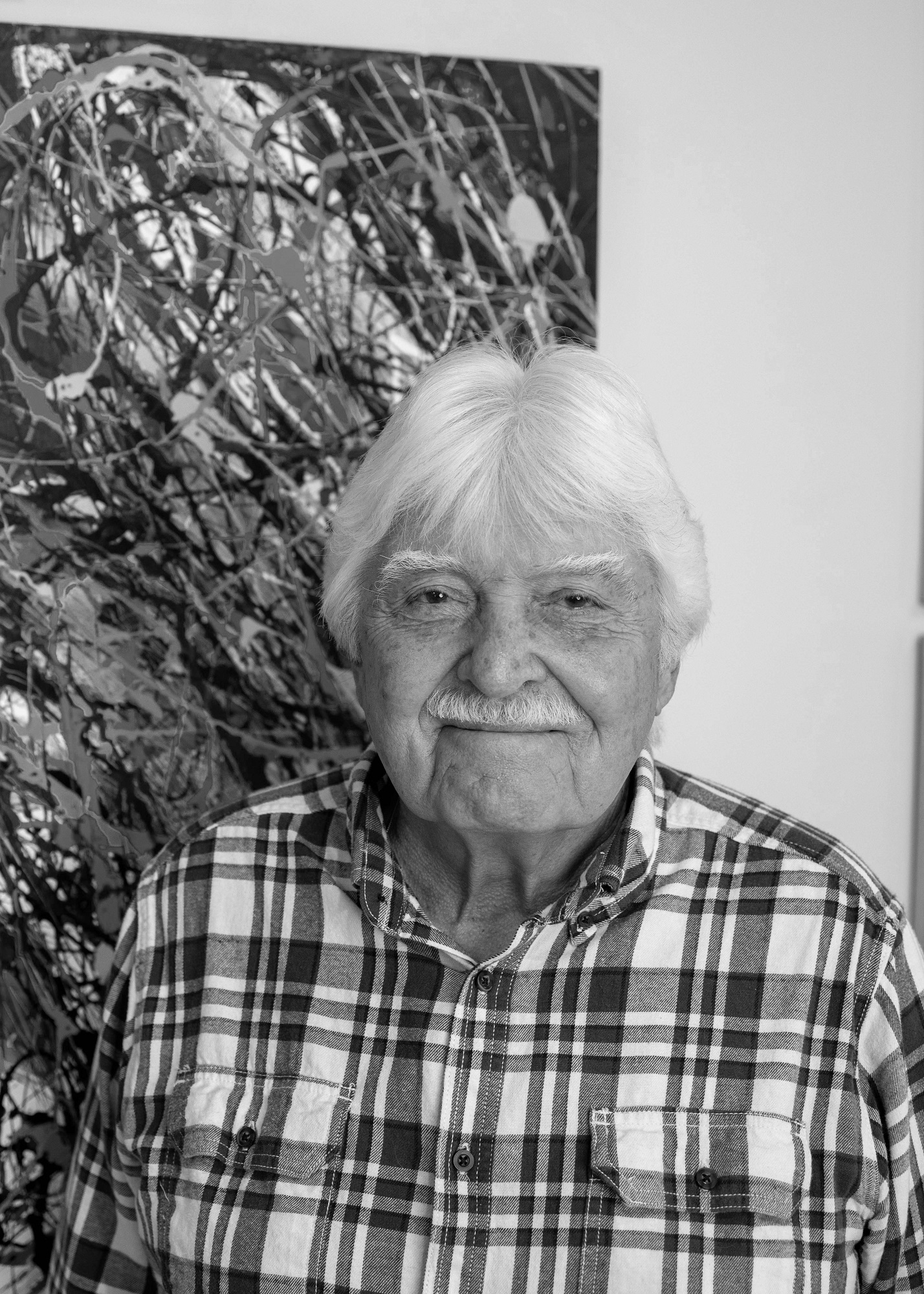 After graduating high school, Hizny enlisted in the military where he was stationed in Okinawa and Korea. During his time in the military, he began researching painting and sculpting. After three years of service, he was discharged. After discovering Hiznys interest in the arts, a friend in the armed service recommended he pursue his interest after his time in the service. This would prompt him to apply to the Pennsylvania Academy of the Fine Arts, the oldest art school in the United States. His first application was rejected but Hizny did not accept his rejection. After traveling to Philadelphia to appeal his rejected application, an faculty member reviewed his portfolio and recommended he apply again. Upon applying for a second time, he was accepted.

In 1967, Hizny began his studies at The Pennsylvania Academy of the Fine Arts. During his early studies, Hiznys primary interest was figure painting, I was encouraged not to view the subject as something that I had to replicate in a photographic kind of way, so my work was very interpretative, even my representational work. Hizny said. This philosophy would become the foundation of his art later on.

It was during this time that he discovered renowned abstract expressionist artist Jackson Pollock, He was a radical and I was captivated by his method of painting. Hizny was in awe of Pollocks abandoning of the traditional to breathe new life into the art world.

After two semesters, Hizny was promoted from a preliminary intermediate student to an advanced status, allowing him to independently study in his own private studio. According to Hizny, this freedom allowed him to fully immerse himself in his studies for 10-15 hours a day.

Besides his inspirations of Pollock, Soutine, de Kooning, and Rothko, Hizny accredits much of his success to his mentor Hobson Pittman. Pittman was an recognized artist known for his still-lives and dream-like landscapes full of ethereal figures. His work has been displayed in museums and galleries throughout the country. Pittman was elected to teach at the Pennsylvania Academy of the Fine Arts in 1948. Besides being a talented artist, Pittman was recognized as a gifted teacher. It was said that Pittman had a way of teaching his students without transferring his own personal style or ideals of art but rather assisting his students to find their own.

After graduating in May of 1971, Pittman arranged for his work to be displayed at the Gross McCleaf Gallery in Philadelphia. To this day, Hizny continues to create experimental art from his famous Inauguralto his euphoric landscapes. His artwork is a continuous evolution, challenging the constructs of what art can be. He continues to create art that is volcanic, unpredictable, and push the boundaries of how art manifest from the creative unconscious.

If you stop experimenting, you die. That is the aphorism of Hiznys art.

My recent work reflects a very conscious effort to explore new approaches to style, concepts, techniques, and personal expression. After 40 odd years of experience, I continue to pursue the freedom to explore new visual opportunities without the attendant of fear of losing my identity as a painter with a “comfortable” visual vocabulary. I now find myself exploring a much broader spectrum of creative possibilities that inspire the paintings I have submitted. I paint on the floor which has given me a keen sensitivity to the canvas. I initially apply rapid and spontaneous brush strokes of thick translucent paint that reveals the texture of the brush and canvas itself. This brushworks keeps me in constant touch with the canvas. Working from all sides and sometimes within the canvas itself, the identity or personality of the painting begins to emerge. Superimposing spontaneous fluid paint over the brushwork along with the use of sticks dipped in fluid paint and transferred to the canvas in gestural movements, a certain choreography begins to reveal itself. This process continues over an undetermined period of time. It is only upon periodical placement of the canvas in an upright position that I fully understand the emerging composition. Classical or operatic music is always playing during these painting experiences “35 in D” ,for example, is meant to expose the impact of music as an intentional point of departure for executing the final composition. Similarly “Firebird Red” is intended to give the viewer an opportunity to experience the interplay of color, light, and motion as a translation of the music that informs the painting. As I approach the final stages of the paintings personality, I “edit” areas with the brush that then allows a clearer understanding of the work. If my paintings are at all successful, the issues and approach to process described in the statement will become self-evident to the viewer.