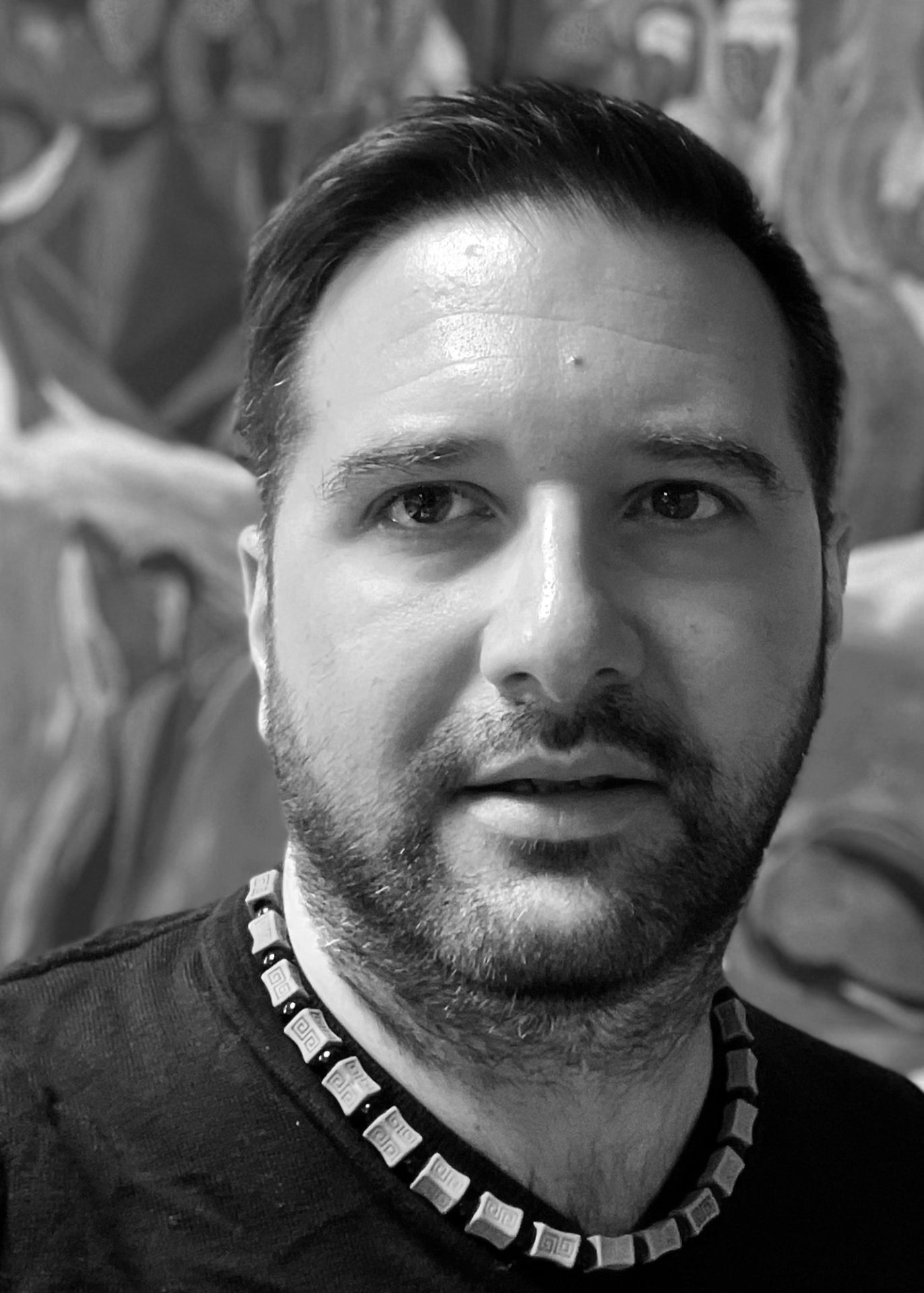 Frederic Lemonnier was born in 1973 in Soissons (France). Nourished by his travels, his love of other cultures, and his philosophy, history of art, languages and music studies, he is constantly in search of meaning. So, he uses a wide variety of Media to interpret his conception of the world.

It is in the gesture of the brush on the canvas, in the glow of a scarlet red… that, according to him, the true intuitive meaning is disclosed in such as an immeasurable link to the essence of all things.

The artist does not intend to represent or reproduce, he creates meaning: “It is neither the rational explanation, nor the outdated emotion that I seek, but the depth of twilight to surprise the dawn.”

Frédéric Lemonnier’s work fits between a poetic semi-figurative and an abstract narrative: his creations explore the human betrayal (his barbarism) through the wandering of oblong shapes in silent color. So, in his composition, out of the dark, there always comes the light! He mainly paints on linen or cotton canvases, in acrylic but more often oil for the smoothness and brilliance of the color.

He receives the influence from different cultures (both the expressionism of Munch or Kandinsky, and the abstraction of Soulages or Hartung). But his main direction is the expression of a meaning, and its almost mystical interpretation by the viewer.