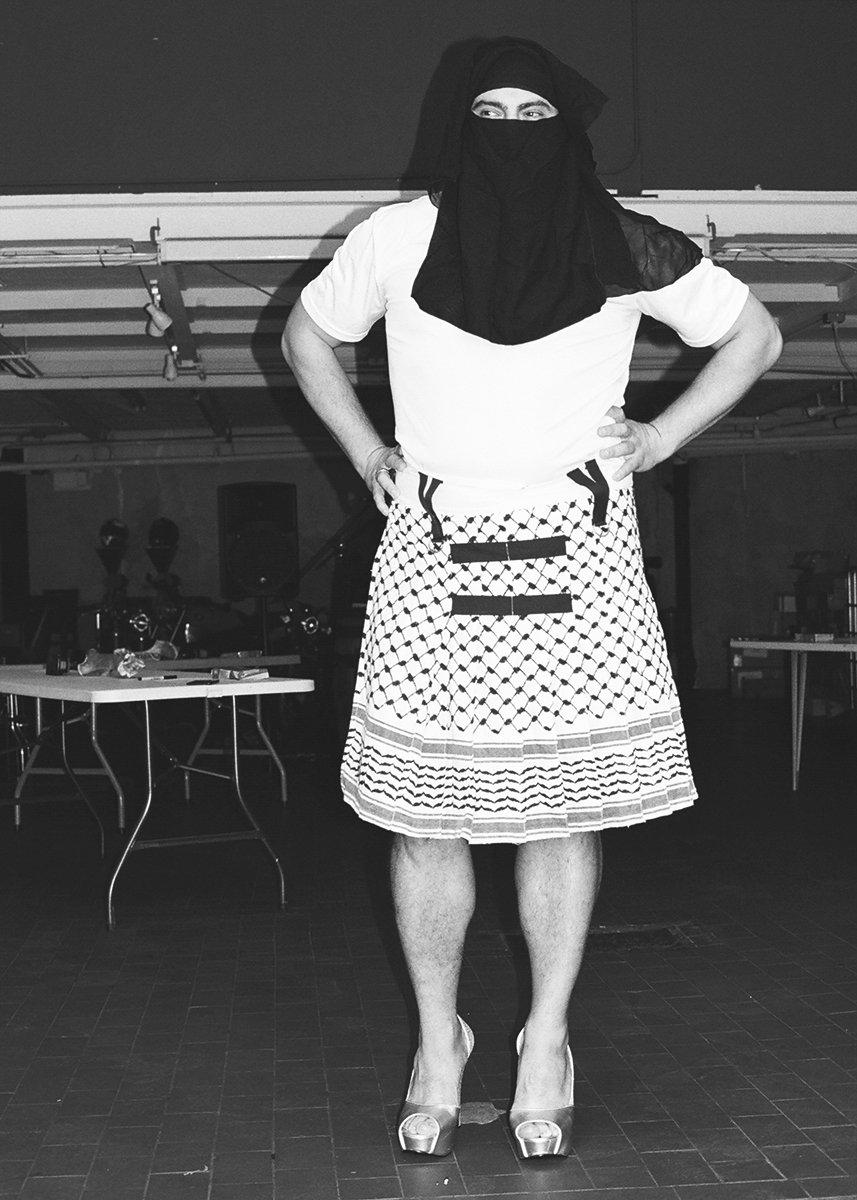 The Earl of Bushwick is a playful artistic persona. As a non-binary queer Arab and immigrant, they are concerned with ideas of the Queer, the Other, and issues of not belonging, especially as it applies to art and class. Through their fluid night practice, they share and create safe spaces for identities and artists who do not fit or belong, as the Earl themselves spends their days operating as a surgeon.

Their home in Brooklyn, dubbed “The Earl’s Court,” is a long-running safe space and community art project. They performed Bushwick Burqa at the Armory Show, (New York, 2012 and 2013); presented Rent a Burqa at Bushwick Open Studios (Brooklyn, 2013); and previously exhibited at the National Arts Club (New York, 2019). A winner of the Apexart NYC Open Call, they are presenting an exhibition titled Queer-y-ing the Arab at Apexart in March 2021.

My art is a way to play and understand the world. I use my hands to make things I like to look at. I use my mind to create spaces for people to feel safe, safe enough to play. I have no particular medium as I think art can be made anywhere there is creativity. I have worked with oil and pastels to create abstract cubist renditions of my friends. I’m always looking for those few lines that will capture a soul. lines turned out to be not enough, now, I look for the negative space that brings the image together. When I tried bringing some of my surgical techniques onto canvas, I realized the value of the negative space as contrast to the minimalist remains of my procedures on canvas. I find the question of who am, or what am I, intriguing…. So a lot of my social / performance art focuses on making a space, and suggesting a queue. Art is what changes in peoples minds after they have experience my works.