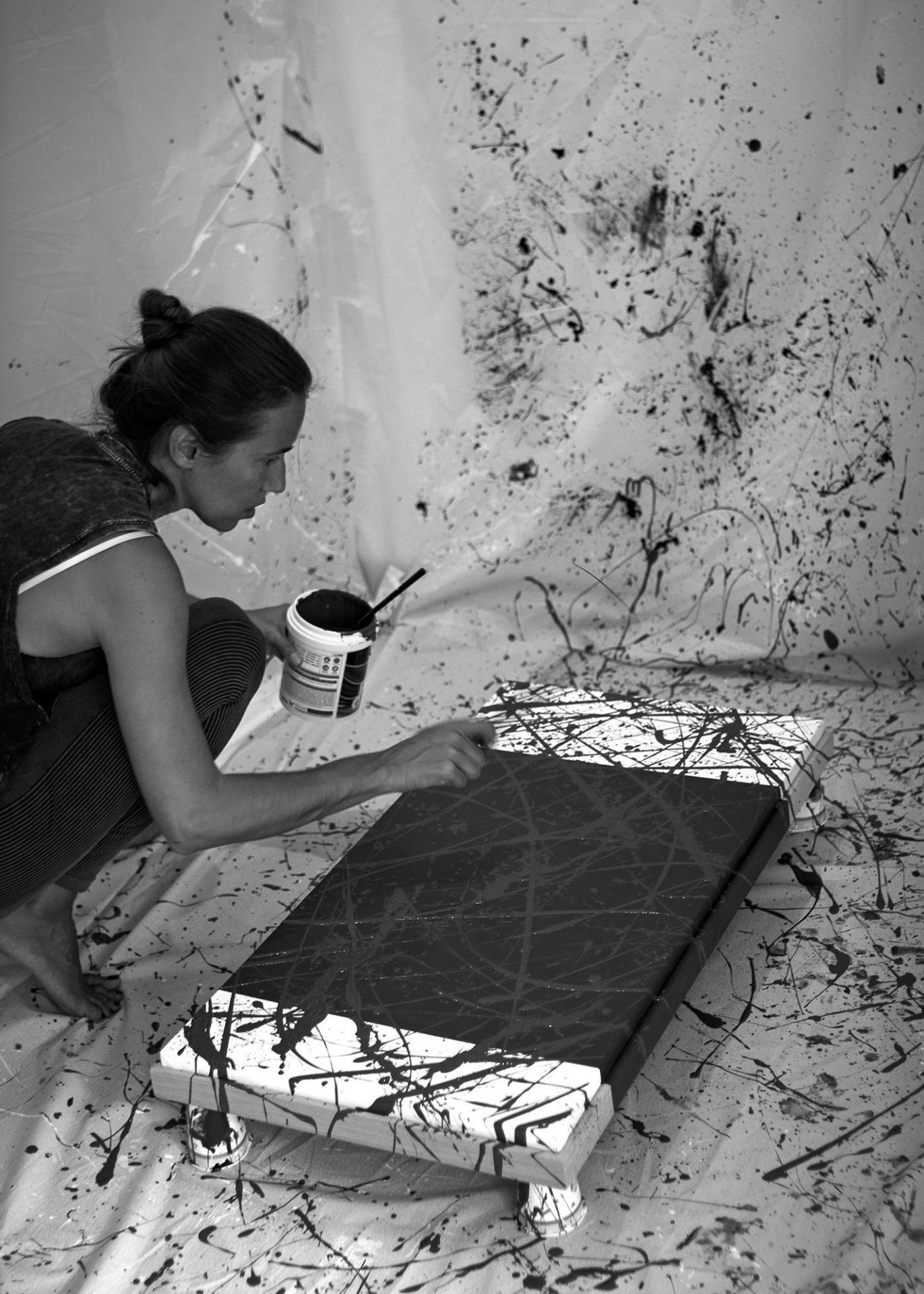 Diana is a self-taught artist, born in Portugal, with a background as an Interior Designer, she lived in Milan, and has been based in Kuala Lumpur since 2012.

Being a perfectionist, and slightly OCD when it comes to her life, she was drawn to action-painting, mainly the dual color works of Barbara Morgan and Lee Krasner, as an escape from self-control over her surroundings. But to create a sense of control in the uncontrolled strokes of action-painting, she started to blend many of her pieces with color blocks, where we can see the minimalist influence of Barnett Newman.

In the past years, Diana has done several commission works, mainly using acrylic paint on canvas, and she has recently started working with plexiglass to create “floating art strokes”.

My art began as an escape from my attempt to control everything around me. I have always been fascinated with action-painting, the different strokes that paint creates on a canvas depending on how hectic your mood is.What I love the most about my process is allowing myself to hide it all, by creating several layers of strokes and blocks of color, showing different sides of myself in one piece.