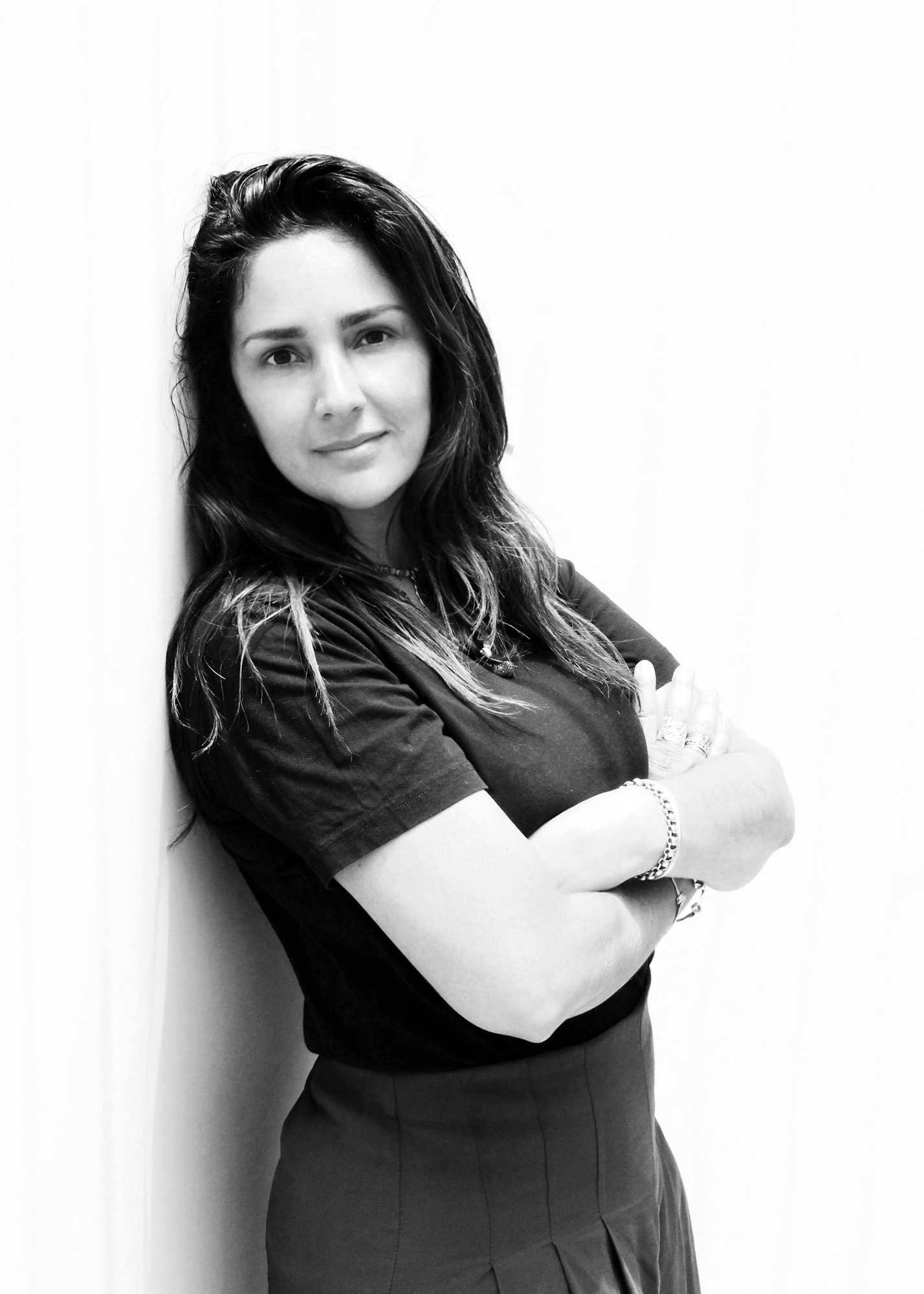 Claudia Talavera, is a Peruvian artist based in Lima Peru, completed her plastic arts career at the Catholic University of Peru, specializing in engraving and painting in addition to complementing it with studies and courses in artistic techniques such as Fort Worth Texas Christian University, the Lima Museum of Art, Orval Higher School of Art and Design, Edith Sachs Institute of Visual Arts, Toulouse Lautrec School of Higher Education among others.

Since her beginnings in the artistic panorama in Lima Peru (1998) Claudia Talavera has sought as an artist to explore her inner world through the language of painting, basing her work mainly on portraiture research moving away from formal standards to replace them with the fluid dialogue between the overlapping color stain and the linear strokes it generates from chance and intuition. Portraiting not as a reproduction that imitates reality but on the contrary, told from a new perspective and poetics. It recreates the identity of the portrait, mostly feminine, based on distortion, fragmentation, rupture of form, scale and formal color to generate new meanings.Her work is generated through a constant fusion of drawing and painting in mixed media on canvas, paper and digital media that from her artistic perspective amplify the appreciation of the beauty of the human being, his complexity and constant change and intrinsic search for his identity. Her work is built casually and values initial paint stains as construction forms in her process of creating diverse characters with powerful facial features.Her inspiration comes from personal experiences and her inexhaustible observation of the human figure. Claudia shares her admiration and surprise with which different cultures throughout history have represented the human being through painting and its use on the face and body as a means to explain the world around them in addition to communicating power, beauty, life, death and spirituality.