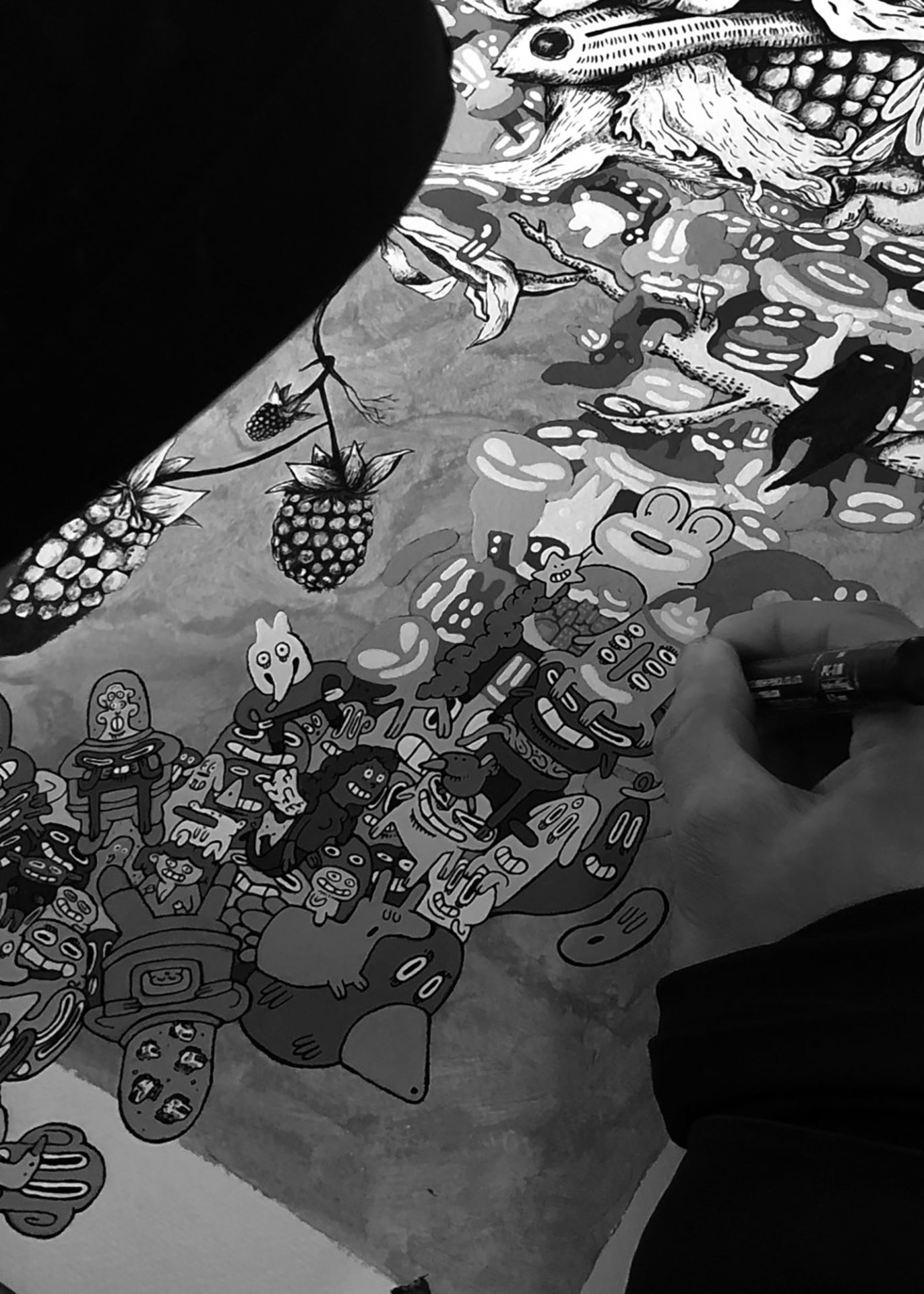 Tetsuo Kikor was born on June 5th, 1983 in Orléans. Of course, he had to wait until he was out of the maternity ward to start drawing, which he did as soon as he came across his first pens and colored pencils! After spending his childhood and youth drawing, he began painting in 2007 as he participated in a small exhibition in Paris.

Adopting acrylic brush and paint marker, his canvases are very detail-oriented. Always extremely colorful, they mostly represent crowds of strange characters, cars, objects. They also depict entire cities in which his favorite green character “Kikor” clumsily destroys his environment while scratching his back.

Self-taught artist but still learning, Tetsuo Kikor has exhibited in various galleries in France for more than ten years and leaves on a trip or at least a train, as soon as the opportunity arises.

Some collectors have had flair, because his work is now spread out on several continents.

The universe of Tetsuo Kikor was brought in the world of manga, comics and cartoons.He offres an unconventional and colorful neo-contemporary artistic mixture.As a committed artist, he uses his artwork to denounce pollution, overconsumption and the abuses of advertising, by stating small figures mixed with popular imagery, Tetsuo Kikor’s paintings bring you joy with their vibrant colors and surprise you with their détails.