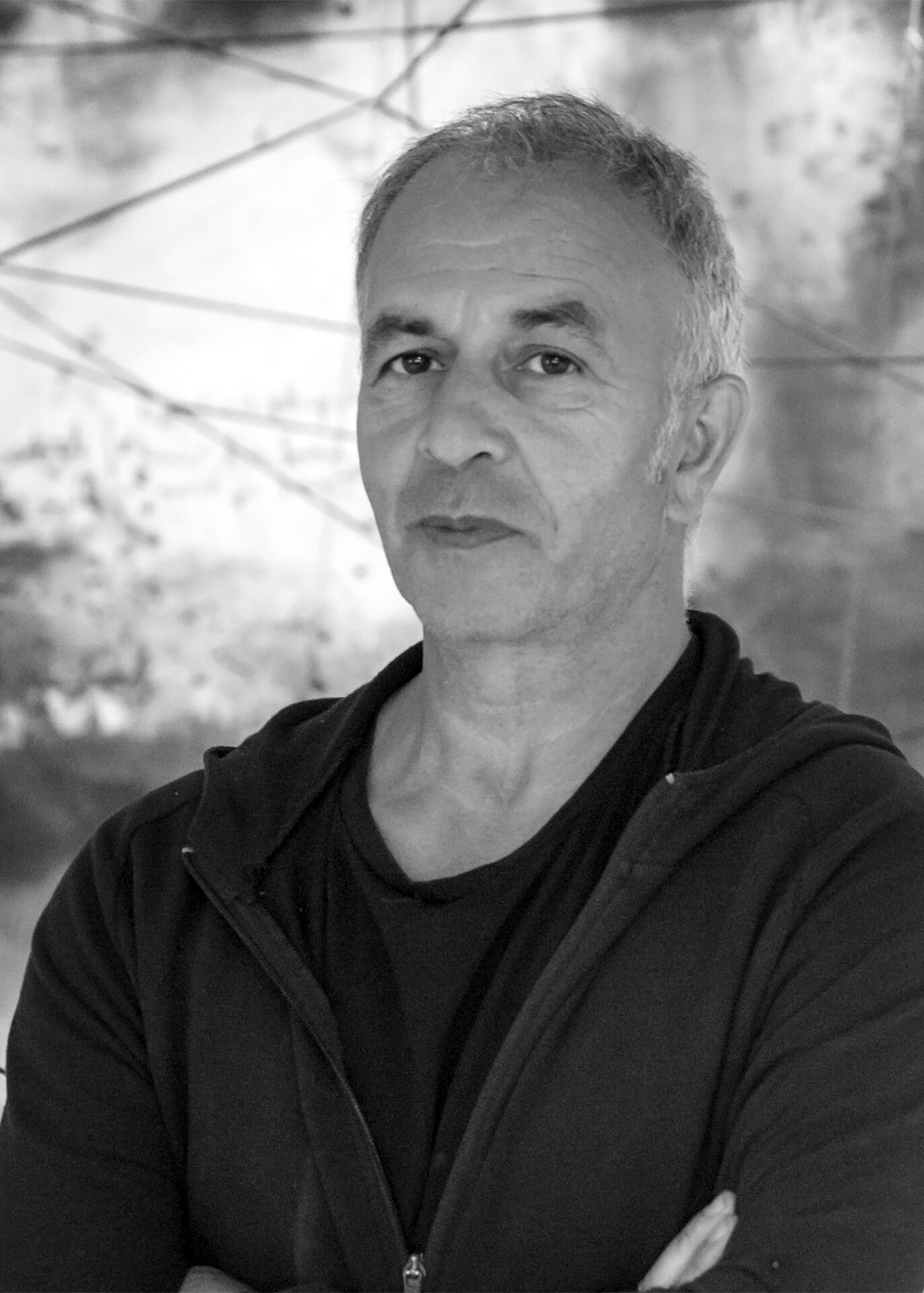 Self-taught Aldo Parvillez had 1000 lives: factory worker, demolition worker, hang-gliding instructor, movie theater manager, integration trainer for people in difficulty or even television director. From 96 he chose to become an independent director and went to do news subjects in the Gaza Strip, the former Yugoslavia and set up his camera in many Eastern European countries. He began painting somewhat by chance in 2003. Since then he has exhibited in more than 40 exhibitions in France and abroad.

Although he often uses the line which is the plastic graphic start of everything, drawing, writing, delimiting a form, etc… Without figurative reference, his work reflects an attraction for the subconscious and the emotional world, the one that remains secret and intimate. in adulthood between shadow and light but also a poetic and personal aesthetic dimension which is the only claim and political message. In his paintings there is nothing to recognize, they are not linked to an anecdote; in general, they do not represent anything concrete that would parasitize the plastic work, but they are an opening to sensations, to emotions, to memory, to its interiority, it is up to you to project your own.